Flourishing with the cotton boom of the mid-19th century, the landscape surrounding Madison was covered in sprawling plantations during the county’s formative years. Nearly half of Morgan County’s residents were enslaved persons as early as 1820 with that number reaching 70 percent of the county’s almost 10,000 persons by the 1860 census. While the stories of the families who built and dwelled in the impressive historic homes that line Main Street are more regularly told, the history of the area’s African American residents is integral in telling the whole story.

The Morgan County African-American Museum’s (MCAAM) mission is to “research, collect, educate, and preserve the history and the art of the African American Culture.” Housed in the former home of John Wesley Moore, the museum originally sat on a farm outside of town owned by white farmer, James Fannin. Moore was a farmhand for Fannin who deeded 41-acres to Moore “for five dollars in consideration of the service he has given me.” Moore built the home for his family circa 1900 which was moved to its current location in 1989, donated to the MCAAM by Reverend Alfred Murray. After careful restoration, the museum opened in 1993.

Open for tours, the Museum houses art, artifacts, and tales collected from local African Americans who have made a remarkable impact in this community. 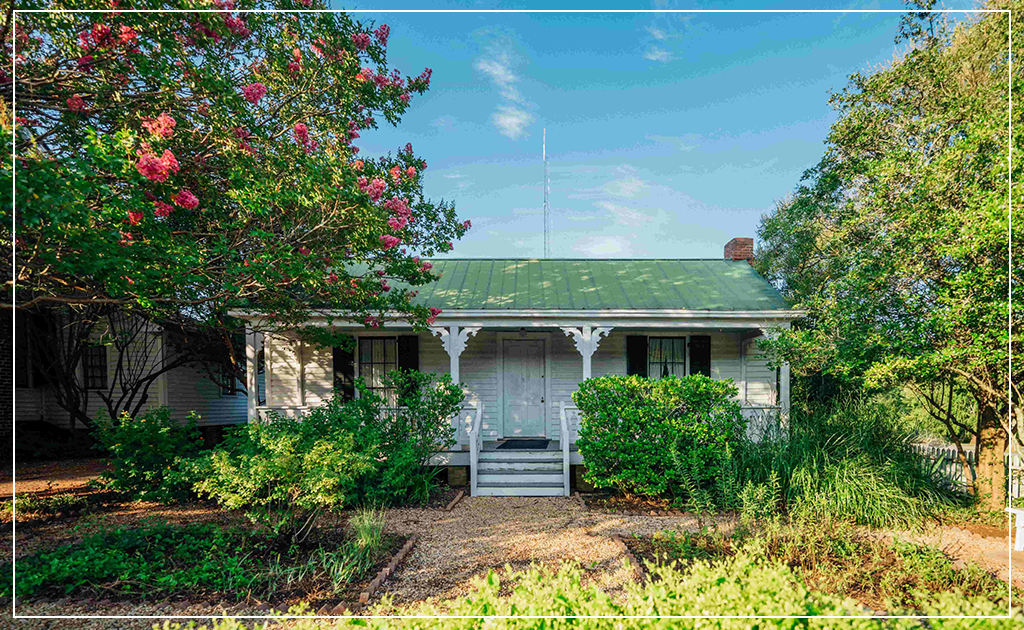 Step Back in Time at Rose Cottage

With the end of the Civil War and abolition of slavery came freedom as well as important property rights to buy, sell, and lease land that created real opportunity for Madison’s African American community.

One story of triumph can be experienced today by touring the home of Adeline Rose. Born in the last years of slavery, Ms. Rose succeeded in building her own business as a laundress. Widowed in her 20s and left to raise two young children on her own, Ms. Rose used her earnings to buy land in town and have constructed – from scratch – a home for herself and her children. Rose Cottage, c. 1891, is a fine example of “Folk Victorian”, a typical vernacular form ornamented with Victorian elements. However, Ms. Rose added her own personal touches with floor level windows and grooved heart pine ceilings which were not common of similar homes of the time. 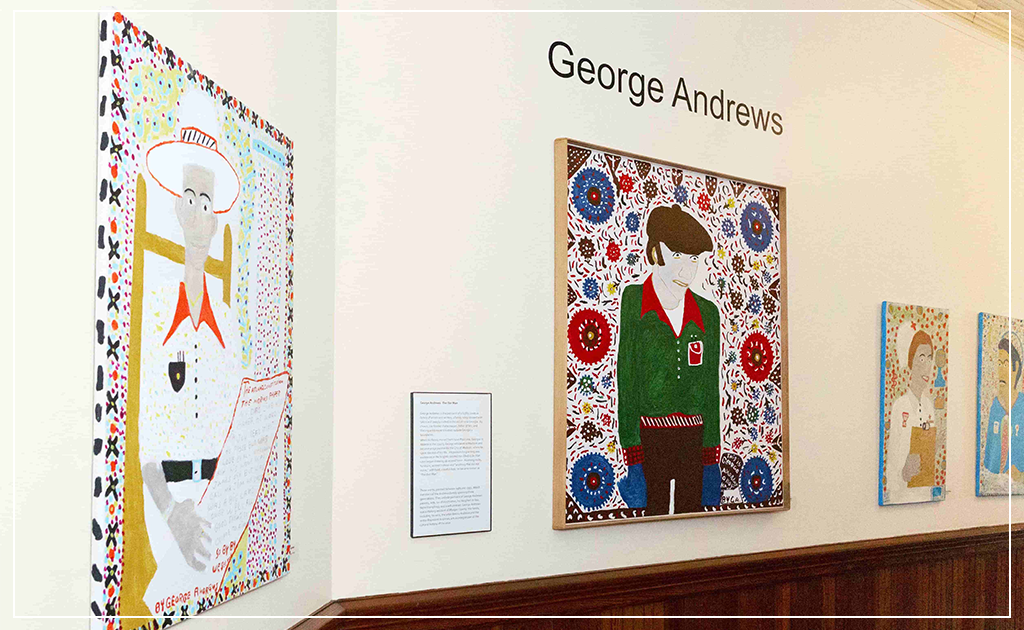 Experience the Art of The Dot Man

On permanent exhibition at the Madison-Morgan Cultural Center is the art of George Andrews, also known as “The Dot Man.” Known for his use of colorful dots in his paintings, George began by painting rocks that appeared around town. Eventually, The Dot Man spread to furniture, shoes, occasionally canvases, and “anything that didn’t move.”

Born in Plainview, a small rural community outside of Madison, Andrews achieved a third-grade education and was a sharecropper. When his family moved to Atlanta in the 1950s, Andrews moved to Madison and became a sign painter for the city. Father of 10, Andrews raised very creative and talented children including artist Benny and writer Raymond. 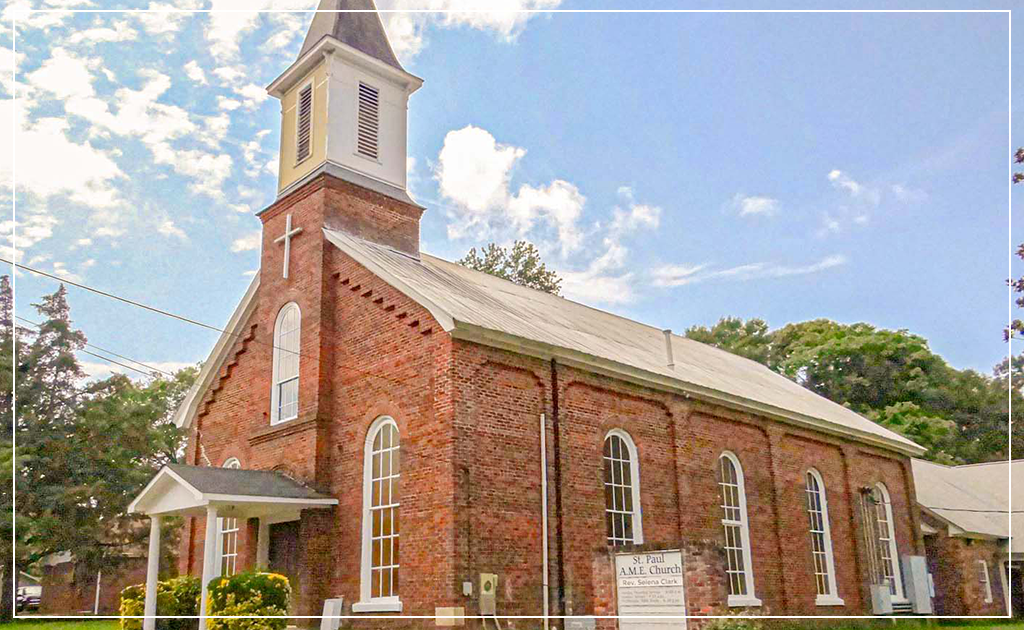 Prior to 1865, enslaved African Americans worshiped alongside their white enslavers. Black churchgoers were typically obliged to sit in balconies above the rest of the congregation. Following the end of the Civil War, the Madison Baptist Church passed a resolution that proclaimed the church would assist its African American members who wished to form a separate church. Note that before separation, the Madison Baptist Church was nearly equal in number among the white and black membership, with the white members numbered at 180 and the black members numbered at 138. By September of 1865, the African American members filed letters of dismission to begin their own congregation.

Services were held in the old Madison Baptist Church building whose congregation had moved to its current building just a few years prior in 1859. Reverend Allen Clarke led the newly independent African American congregation, now called Calvary Baptist Church. The building was soon sold to the Freedmen’s Bureau, which was disassembled and reconstructed for use as a school for African American children.

Calvary continued to meet in the reconstructed church building that is still standing as Clark’s Chapel. However, in 1873, Calvary purchased the lot on Academy Street where the church had been previously located. By 1883, the church began holding services in their new brick building. Still standing today, the church has seen many improvements throughout the years including the addition of restrooms, heating, and an impressive electric organ.

Less than a mile away in the heart of Madison’s historic Canaan district, a predominantly African American community with roots dating back to the reconstruction era, the Saffold family began subdividing plots to sell to freedmen and freedwomen. The neighborhood solidified its existence in 1871 with the establishment of the St. Paul’s African Methodist Episcopal Church. Construction was complete in 1882 and remains a pillar in the community today. 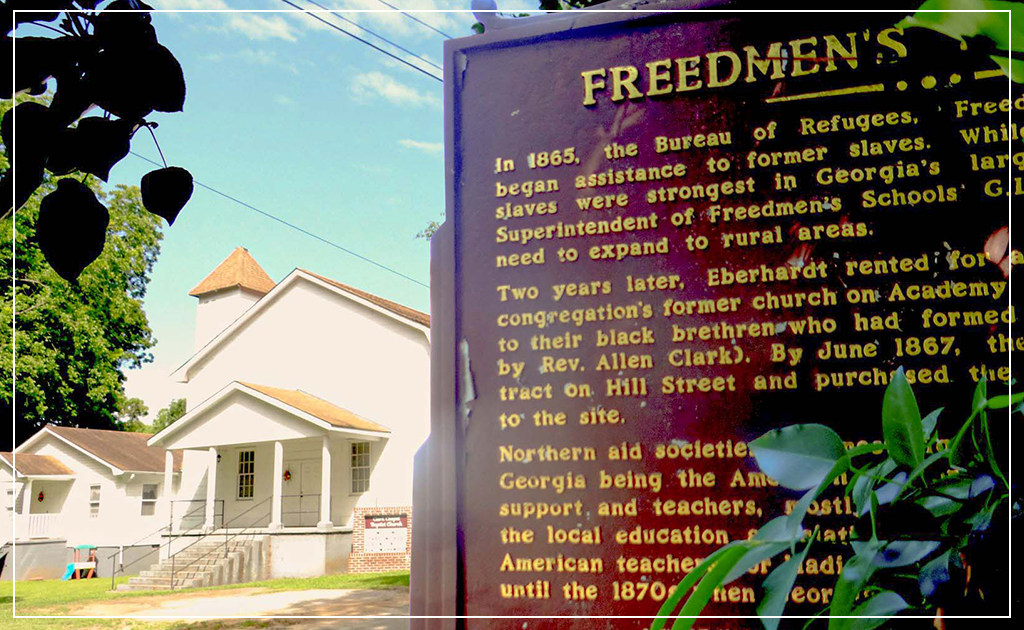 The Separate but Not Equal Plight of Education

In the aftermath of the Civil War, the Freedmen’s Bureau was established by Congress to assist former enslaved persons in the South. In 1867, the Bureau rented the former Madison Baptist Church to open the first school for African Americans in Madison. Soon after, the Bureau purchased the rented building and bought a 1-acre tract on Hill Street to relocate the school. Reverend Allen Clarke assumed the role of President of the local education association and worked to employ African American teachers for the school. The Bureau closed in 1870 just as Georgia was adopting a dual system of education infamously known as “separate but equal.”

In 1885, the city of Madison erected the remarkable Romanesque Revival styled graded school for white children now used as the Madison Morgan Cultural Center. A more modest wood building was built in the Canaan neighborhood for African American students known as the Burney Street School. The Reverend E.P. Johnson of Calvary Baptist Church was elected principal and according to newspaper articles of the day was said to be “one of the best educated men of his race in the state.”

By 1951, the building was in disrepair and in need of expansion. A new school was constructed just a few streets over known as the Pearl School teaching first through twelfth grades. This school remained segregated until 1970 when it was converted to the Morgan County Middle School serving all of the county’s students. 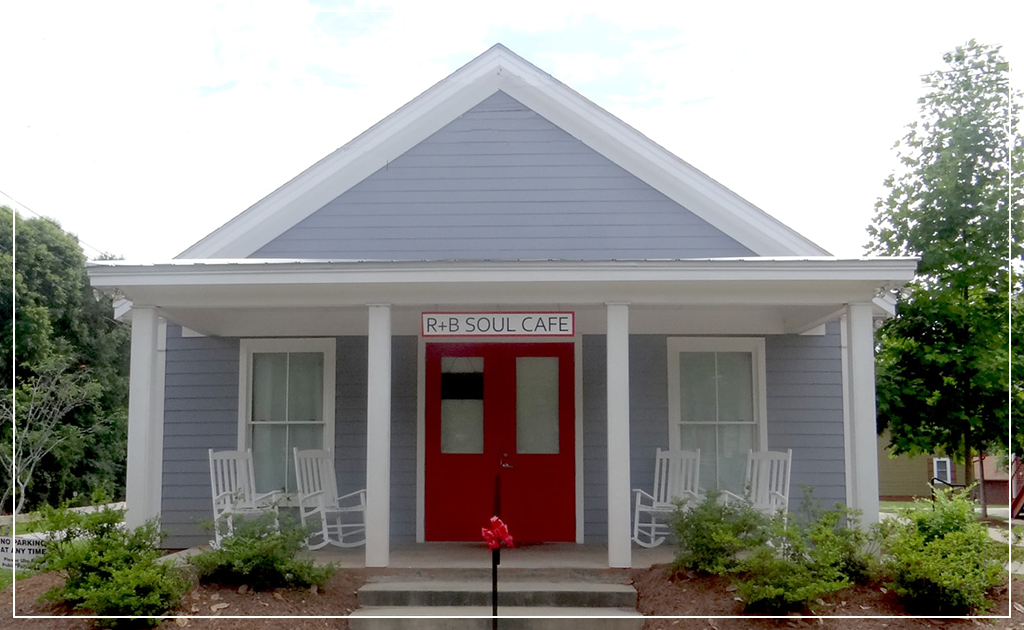 To be completely immersed in local African American culture, one must experience the flavors of authentic soul food. While many having similarities to Southern cuisine, soul food is a style of cooking merging African culinary traditions with meager ingredients readily available to enslaved persons on Southern farms including beans, greens, cornmeal, and pork. 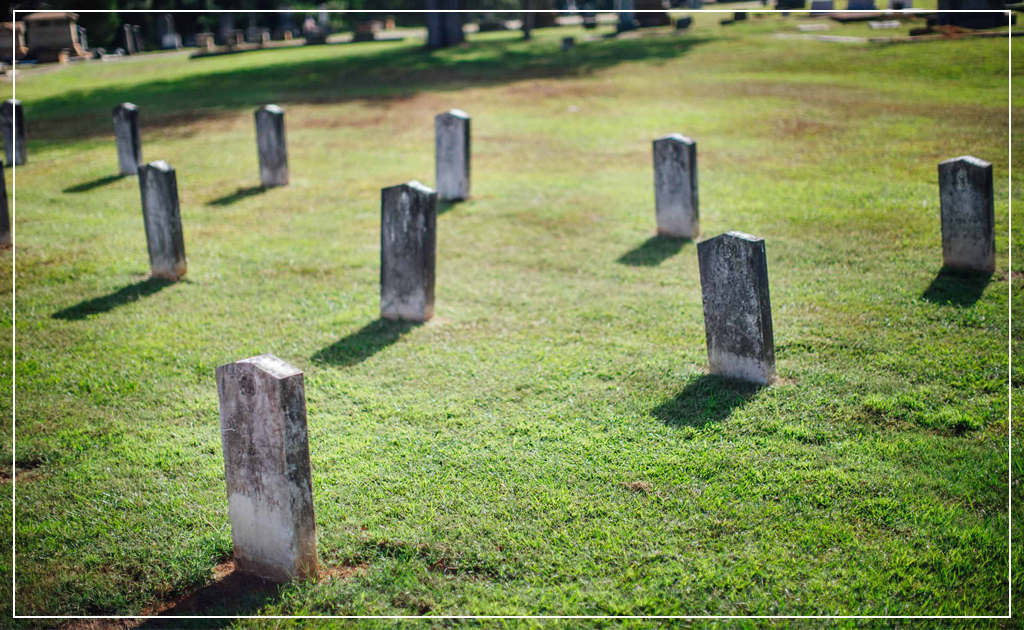 A historical visit to Madison is not complete without a stroll through Madison’s Historic Cemeteries.  The final resting place of many of Madison’s citizens dating back to the early days of the community, one of the earlier records of African Americans being laid to rest here is of three hospital attendants buried among deceased Confederate soldiers who died in Confederate hospitals in the area.  This group was originally buried in the Old Cemetery but later relocated after the expansion into the New Cemetery, established in the 1880s. Other notable African Americans buried here include Reverend Allen Clarke and Ms. Adeline Rose who is laid to rest in neighboring Fairview Cemetery, purchased in 1926.

Most older African American graves are in designated segregated sections with few exceptions including “Aunt Cinda.” Buried in Madison’s Old Cemetery, Lucinda Floyd was a beloved caretaker of the Floyd-Foster families. Remaining with the children she helped raise long after Emancipation, Aunt Cinda was regarded as part of the family. Upon her death, she was buried in the family burial plot. In her obituary printed in The Madisonian newspaper on December 22nd, 1893, F.C. Foster wrote “There may have been better women, but I have not known them.”

In the 1990s, a large overgrown hillside near Madison’s Old Cemetery was discovered to be the final resting place of dozens of unmarked graves. It is thought that most of the graves were likely African Americans born into slavery. The area was subsequently cleared and in 2009 a monument was erected dedicated to the lives buried on that hillside.